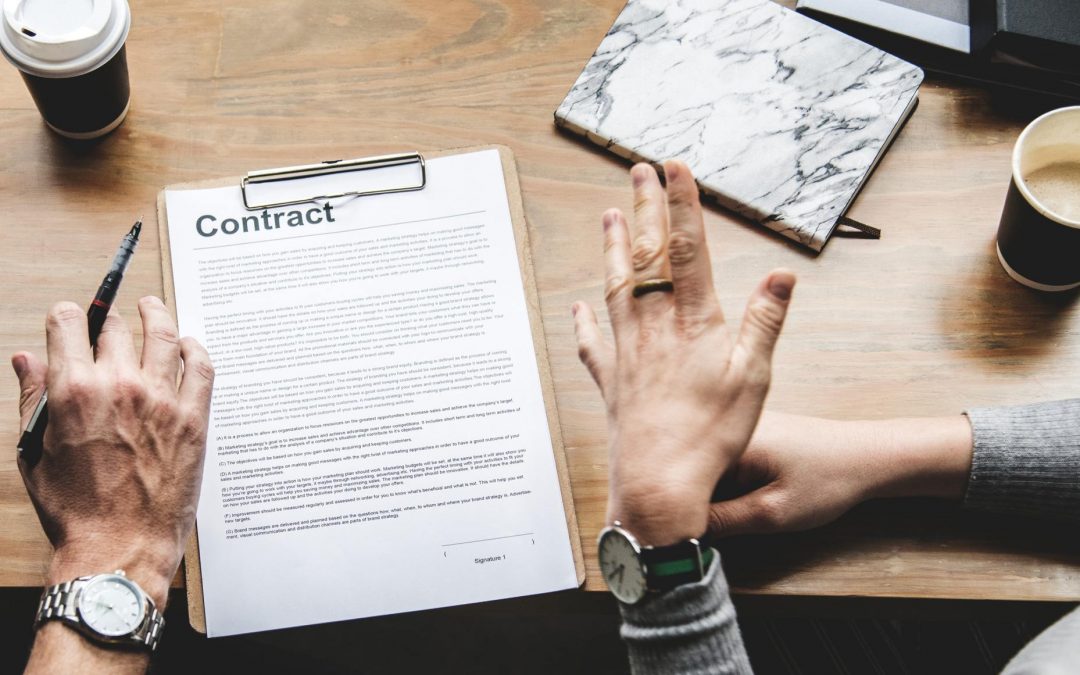 In society people are always rushing. We download our videos fast and our music fast. We like fast food. Not everybody, but most people like to go through a fast food joint once in a while. And also, you know, eat ramen noodles, ramen noodles have been around since I’ve been in college. The point is that we’re always being in a rush. And the last place I can assure you that you ever want to feel compelled to rush is right before you sign on the dotted line for an agreement. The agreement can be a purchase agreement, employment agreement, it can be a sales agreement, whatever it is. If it’s in writing, it’s important enough for you to take a moment and not endorse that document until you take 24 hours to either review it or to go through the document with an attorney.

Every day at least, well, pretty much, at least once a week I do get a phone call or somebody comes in and what they’ve done is they’ve endorsed an agreement, and they’re panicked because they didn’t know what was in the agreement before they signed. And I’m not here to laugh, quite frankly to me it’s the gift that keeps on giving. But I’ll share with you, just one story recently I had a young man who was buying a newer construction home for around $600,000, and he had an earnest money deposit that he had already put down on the home for approximately $30,000. And he didn’t read the contract and he had second thoughts, probably about a week to two weeks later. And he called me panicked and he wanted to know if he could get out of the agreement. I said, well, did you read your agreement? He says, “honestly, no.” And while that’s a very big investment, it doesn’t surprise me.

So I had him send over the agreement and he had missed the inspection period contingency. So there’s a time frame that people have to inspect a property and if they don’t like something that comes up in the inspection, they can back out of the contract without any reason given. So he had missed that timeframe. So that was not a contingency that he could invoke. But within the contract, in the financing section, there was a contingency that if he did not get approved within a 30 day period of time, that he could back out of the contract. So as I’m talking to him, I asked him what was the reason why now all of a sudden he had changed his mind and he basically told me, because he found out that his job was not as secure as he thought it was. And I told him that there could be a good reason for him to back out of the contract because his mortgage company would not approve him if he didn’t have a position.

So, you know, if you’re rushed and you don’t know what you’re signing, you’re going to have a problem later on. It’s more expensive. I always like to say, pay me now or pay me later. It’s cheaper to sit with an attorney to go through the document that you want to review, that you want to engage with because you’re going to be legally bound to it at some point in time.

If you sign on the dotted line, most contracts, the first 20%, they always have positive things in them such as, the consideration, meaning how much you’re going to get or how much you’re going to give in exchange for an item or a thing or a service. So that’s exciting. People, you know, are usually moving forward when they’re signing a contract. That’s what they’re looking forward to. You know, I want to buy a home, I want to buy a car, I want to get a job, whatever it is.

But the other 80% of that contract usually has default provisions in it. And those provisions they are the document. Pardon me? There the provisions that if you breach the contract, they give the opposing party the rights, what they’re going to do to you if you fail to meet your obligations under the contract. So take 24 hours called the 24 hour rule.

If you’re not sure about a provision, if you don’t know what it means, don’t sign it until you do.