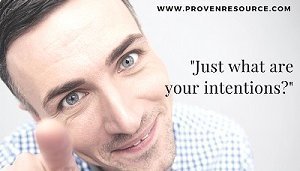 Imagine for a moment, a small business owner, “Sally”, is considering a new location for her business when she happens upon a small retail building that would serve as a perfect location for her future success. One problem. The building is not for sale. But Sally is eager to buy the property, and wants to show the property owner that she is serious about purchasing the building. The building’s owner wasn’t anticipating selling the property when Sally approaches her, but would consider selling it for the right terms. Together, both parties can write up a letter of intent, which is a document that details their wishes to enter into serious negotiations at a later date.

Essentially, letters of intent are agreements to create an agreement in the future and are commonly used in the purchase of real estate, a business, or contracting for goods or services. Letters of intent outline important elements of what parties intend to have placed in a future agreement. They help to gauge how serious a party like Sally is about something. They include provisions addressing things like purchase price, time lines, confidentiality, exclusivity, financial considerations, property or product condition.

Rushing to draft a letter of intent can have legal consequences. Letters of intent can create real legal problems and expensive litigation when one party, such as Sally above, wants only to enumerate the beginnings of a future contract, but the other party, the building owner, now considers the language to be more than just an intent to negotiate, but rather, to Sally’s surprise, a binding agreement itself. In certain situations, courts have found that letters of intent that memorialize terms for an agreement at a later date can be enforced as a binding contract.

Here are 4 things to do to avoid having a letter of intent litigated and enforced as a contract:

The above items are the best way for a letter of intent to remain non-binding and enforceable. Before creating “self-inflicted legal wounds” and endorsing a letter of intent, it is always best to consult with an attorney.

About the Author: David Soble has been a real estate and finance attorney for over 25 years. He has advised both business owners and consumers in thousands of real estate and business / finance transactions.

DISCLAIMER: This article is not intended to serve as legal advice. When it comes to legal concerns always seek the advice of an attorney.