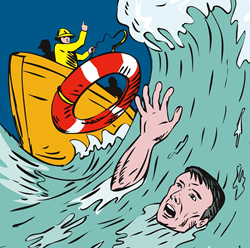 According to the American Bar Association relatively few lawsuits ever go all the way to trial. Most parties to civil (non- criminal) cases are settled long before trial. Once a suit is filed, the legal process itself can actually help opposing parties understand the strengths of their respective positions, often facilitating a settlement.

Here are 5 things parties to a lawsuit should consider about negotiating a settlement:

It’s often said that a good settlement is reached when both parties leave the negotiation table a little unhappy. Negotiating a reasonable settlement takes time and patience and is influenced by at least one of the above- listed factors.

About the Author: Since 1990, David Soble has represented lenders, loan servicers, consumers and business owners on residential and commercial real estate, finance and compliance issues. He has been involved in thousands of real estate transactions, being responsible for billions in real estate loan portfolios throughout his career.

Disclaimer: You should not rely or act upon the contents of this article without seeking advice from your own attorney.

Top 5 Reasons to Negotiate a Settlement from David Soble, JD