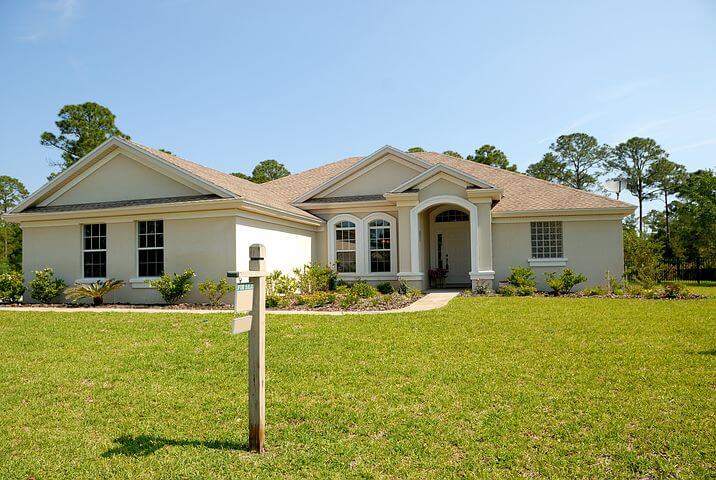 I actually cut out and saved this article from the August 27, 2004 USA Today because at the time, this tag line struck me funny.

It foreshadowed the things to come….

Since the beginning of the decade, their homes have gotten substantially bigger and more expensive. Almost half of all homes, about 46%, have six or more rooms. More than 15% have eight rooms or more.

Almost one in five families have three or more cars. And more workers are opting out of carpools and mass transit to drive to work alone.

But this lifestyle comes at a cost when incomes are stagnating and housing prices are soaring.

In a separate report on poverty and income, the Census Bureau reported that median household income, when adjusted for inflation, remained flat last year. ( Related story:
Poverty rises in USA
)

“Our wages stopped growing, but our wants kept going,” says Robert Lang, a demographer who heads the Metropolitan Institute at Virginia Tech.

“People will just suffer a little and pay a bigger mortgage to hold on to their dreams,” he says.

The latest snapshot of American life comes from the Census Bureau’s American Community Survey. The annual survey of 800,000 households asks the same questions as the Census that is taken every 10 years. The 2003 numbers offer a look at how the nation has changed in the wake of recession and terrorist attacks, and they hint at social trends shaping the decade.

“Even though the economy took a dive, the initial shock of 9/11 has worn off,” says William Frey, a demographer at the Brookings Institution in Washington. “People are buying bigger homes, more cars.”

Riding record-low interest rates, housing prices have skyrocketed. The percentage of homeowners who live in houses valued at more than $500,000 doubled since 2000, to more than 6%.

About half still live in homes that cost less than $150,000, the typical price range for working-class families and young couples buying their first homes. But that number has dropped sharply from almost 64% in 2000.

The survey reflects other changes:

• The percentage of homes without telephone service rose to 3.8%, from 3% in 2000, which reflects the increased dependence on cellular phones.

“A lot of dorms have no phone service now,” Lang says. “Kids go to college, and not one of them has a real phone. They’re all cells.”

• The educational level is on the rise. More than a quarter of the population has a bachelor’s degree or higher. And the percentage of high school graduates continues to climb, up 2 percentage points to 83.6%.

The ratio of college grads to high school dropouts has increased. There are 1.62 college grads for every dropout, up from 1.35 in 2000.

This “brains-to-brawn” ratio reflects the shift from a blue-collar to a knowledge economy, Frey says.

• Americans are spending about the same 24 minutes commuting to work, but almost 78% are driving alone, up from 76.3% in 2000. The exception is so-called “exurban” counties across the USA, such as Pasco County, north of Tampa, and McHenry and Kane counties outside Chicago. They experienced significant increases in commuting times.

Use of other forms of transportation, from walking to riding a bus, dropped. But the percentage of people working from home increased slightly.

• All racial groups are growing, except for whites who are not Hispanic. Whites make up 76.1% of the population, down from 77.3% in 2000. They’re expected to make up half of the population within 50 years.

• The foreign-born population continues to grow but so does the share of immigrants becoming citizens: 41.4%, up almost 1 percentage point since 2000.

Because naturalized citizens can vote, there has been a push to encourage naturalization before the upcoming presidential election.

• Veterans, who have taken center stage in the race for the White House, make up a relatively large share of several battleground states such as Maine, New Mexico, Florida, Nevada and Arizona.

• Although still in the minority at 48.9%, men make up a growing share of the population. Frey attributes the change to male-dominated immigration flows from Latin America.